Use this Bryce Canyon travel guide to learn more about the park before you visit.

We share important things to know to help you plan your Bryce Canyon National Park Vacation: what to pack, things to do, and where to say.

Here are a few Bryce Canyon itineraries based on the time you have available to spend at the park:

Take a visual tour through Bryce Canyon National Park to see the stunning landscapes you’ll see when you visit!

It’s always fun to learn the various facts about US National Parks before you visit.

Located in south central Utah, you’ll find over 140 square miles of Bryce National Park. Most well known for its geology, the red, orange, and white colored rocks, this park brings in more than a million visitors each year.

This park has seen an increase in visitors in recent years because of it’s growing popularity and unique geography and sits just beside Zion national park.

First, let’s start with the basics of Bryce Canyon:

Bryce Canyon is Home to Many Fascinating Geological Wonders

Bryce Canyon is home to the largest collection of hoodoos in the world. This type of rock formation is a column of weathered and unusually shaped rocks.

Each rock erodes at a different rate, creating these unique shapes of hoodoos inside the park.

Bryce Canyon is Technically Not a Canyon

Bryce Canyon is the park’s name, suggesting it’s full of canyons. However, Bryce Canyon was not formed from erosion initiated from a central stream of water, meaning it technically is not a canyon.

It’s actually a series of natural amphitheaters that have formed due to erosional force. Frost and rainwater have shaped the colorful limestone rock into bizarre shapes including slot canyons, windows, fins, and spires called “hoodoos.”

Located inside Bryce Canyon National Park is a famous natural rock formation named “Thor’s Hammer.” This rock formation can be found at Sunrise Point. This hoodoo is famous and was formed thousands of years ago.

Thor’s Hammer can best be seen on the Navajo Loop trail, one of the best Bryce Canyon hikes!

We HIGHLY recommend taking this trail down to at least Thor’s Hammer so you can experience seeing the hoodoos and windows up close. That way, the climb back up isn’t as long compared to going down to the canyon floor.

If you decide to do the full Navajo Loop Queen’s Garden Trail, keep in mind you’ll be over 9,000 feet in the park. Many visitors can feel light-headed and nauseated with just mild exertion. Many hikes at Bryce Canyon begin by going DOWN and end with a climb back UP. Leave yourself enough energy for your return trip.

Bryce Canyon Has Over 600 Species of Plants and Animals

For being a cold and high altitude southwest national park, there are a surprisingly large amounts of plants within the park. Some of these species include:

You can also find a wide variety of wildlife at Bryce Canyon too:

People Have Been in the Bryce Canyon Area for 10,000 Years

If you visit Bryce Canyon in the winter you realize how harsh the weather is during that time of year. It’s an area that’s difficult to maintain year-round habitation.

Near the end of the Ice Age, huge mammals were hunted here. About 2,000 years ago the Anasazi used the area to hunt wildlife and harvest pine nuts.

Ebenezer Bryce explored the remote area in the late 18th or early 19th century. He constructed a logging road into the hard-to-reach amphitheater. The locals called the road “Bryce’s Canyon”, and that’s how this park got it’s name!

Bryce Canyon National Park was announced as an International Dark Sky Park in 2019. This certification recognizes the exceptional quality of the park’s night skies.

The best time for stargazing at Bryce Canyon is when the sky is darkest — during the week of the new moon or the week prior to the new moon. Most offered astronomy programs are followed by stargazing with telescopes.

Bryce Canyon is a popular destination for astrophotographers so you won’t be alone in the park at night. Be sure to use a headlamp with a red light!

Bryce Canyon in the Movies

Many movies have been filmed here, including:

As you’re planning your Utah National Park road trip, check out these tips and activities for visiting Bryce Canyon.

We recommend at least two days at Bryce Canyon, but if you’re short on time, you can definitely see this park in one day!

Bryce Canyon is open 24 hours a day, every day of the year, even on holidays! Be sure to check the Bryce Canyon website for the most updated information for the visitor center hours and closures when you plan to visit.

You will need a National Park pass to enter Bryce Canyon. The annual park pass can be purchased online or at the park entrance booth. If you purchase a digital pass be sure to print or save it on your mobile device since connectivity is limited in the park.

The time of year to visit Bryce Canyon National Park will play a big part in what you can see or do at the park.

Most of the year you’ll enjoy fun outdoor things to do at Bryce Canyon National Park like scenic drives, hiking, biking, and horseback riding. During the winter, the activities are a bit more limited due to the cold and snow!

Due to the higher elevation at Bryce Canyon compared to the other Utah National Parks, the weather and temperatures will be different so it’s important to be up-to-date with current weather and road conditions!

We’ve put together helpful resources so you know what the Bryce Canyon weather is like during all four seasons:

Late spring, summer, and fall are the best times of year to visit Bryce Canyon so you don’t need to worry about the cold weather and snow storms closing roads during the winter months.

Where to Stay Near Bryce Canyon: 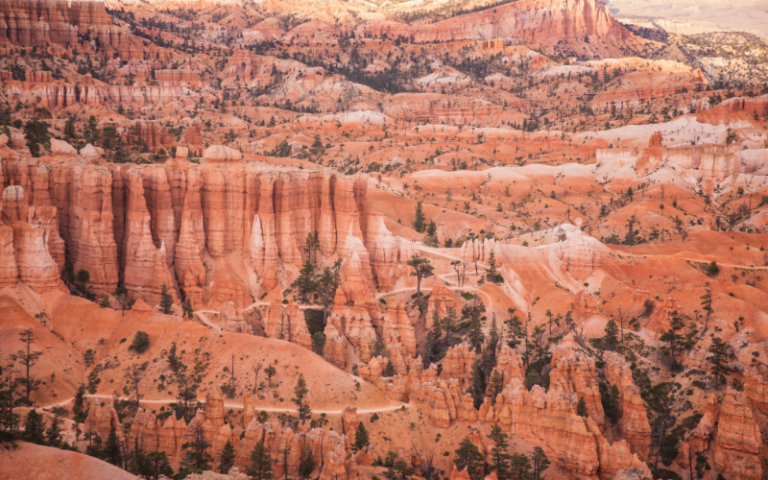 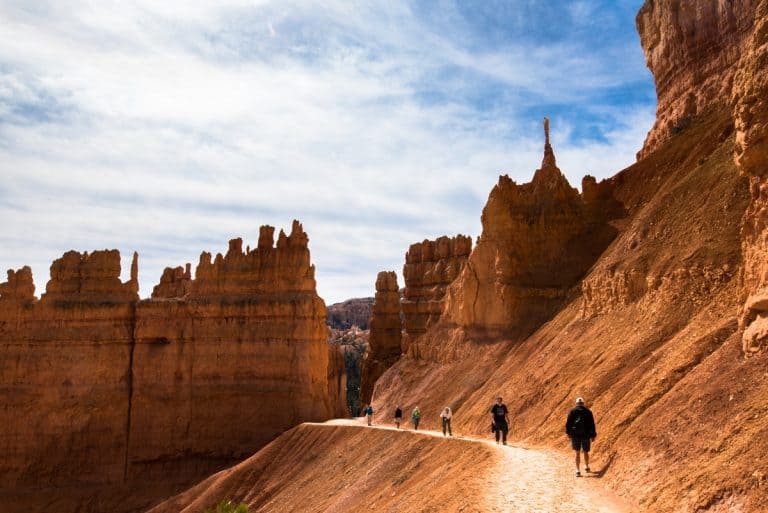 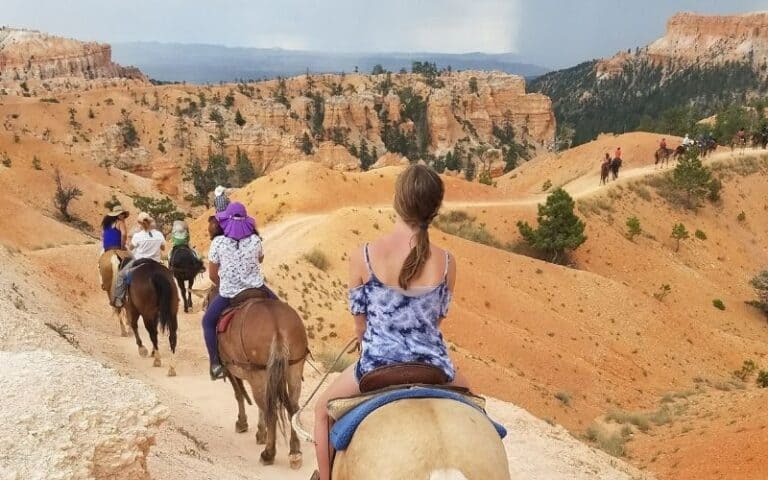 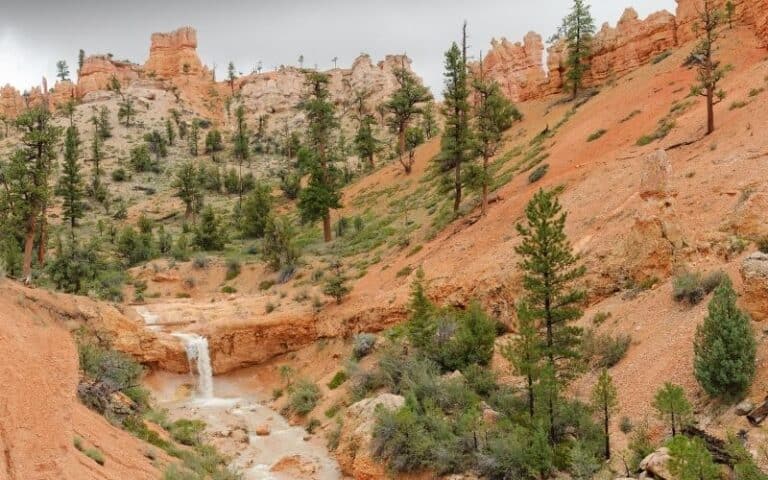 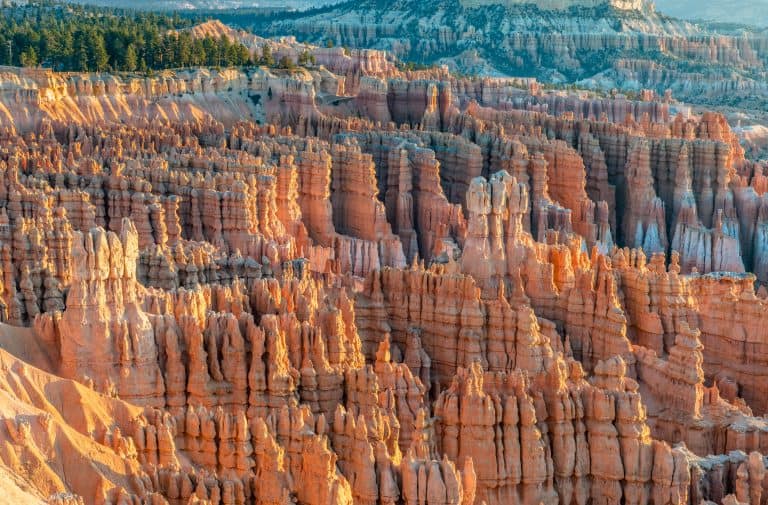 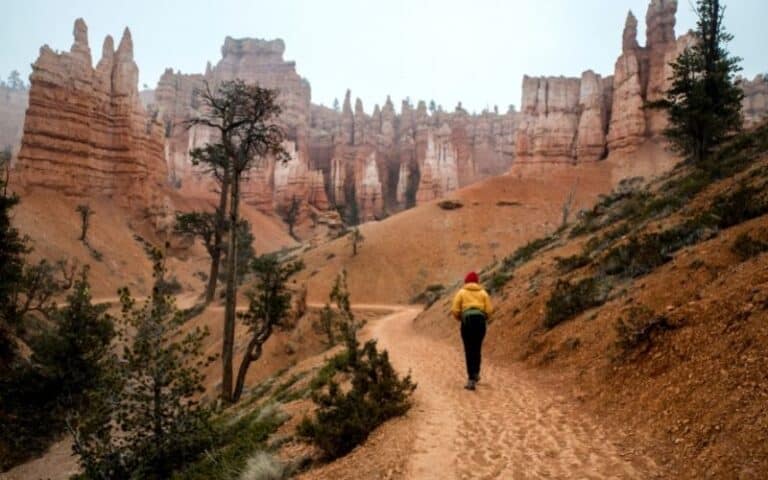